This nineteenth-century theory proposed by German physiologist Johannes Muller suggests that distinct and separate sets of neurons respond uniquely to stimuli (e.g., pain, touch, heat, etc.). Later, von Frey extended this theory, also termed Labeled-Line, to include itch. More recently, a 1997 publication ( Schmelz et al., 1997) largely supported this theory with the identification of “itch-only” histamine-sensitive C fibers in humans. In time however, this group later reported findings that these same fibers responded to an algogen, capsaicin. ( Schmelz et al., 2003 ). Similarly, fibers responding to cowhage (a pruritogen) while remaining insensitive to histamine were also found
( Johanek et al., 2007 ) but again noted to have a response to capsaicin. This data, ultimately arguing against labeled-lines, begins to suggest what might be considered an “overlap” of stimuli detection within nociceptors by having the ability to be “itch selective” while activation of larger nociceptor populations would result in a pain sensation. This idea is the basis of Selectivity Theory. 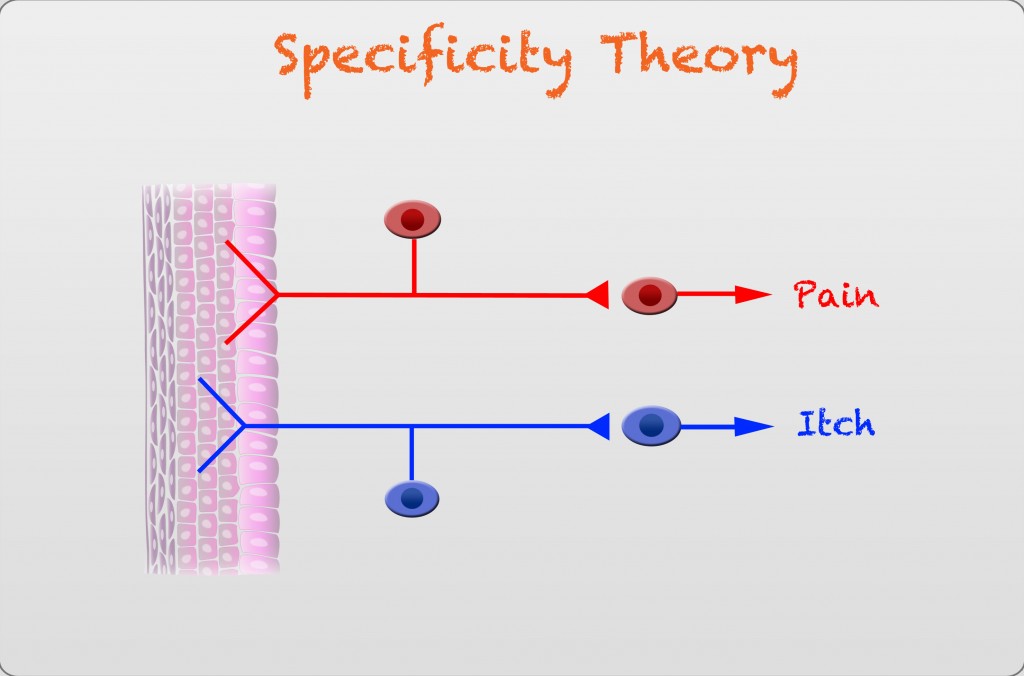